5. The Moon rises over the Teton Range in Grand Teton National Park May 23rd, 2015 seen from the Snake River Overlook in the park. The viewpoint is known as the spot where landscape photographer Ansel Adams made his “Tetons and Snake River” image off Highway 89 north of Jackson. Adam’s work helped to popularize National Parks in America. Low fog/mist formed over the river for just a few minutes as the night time inversion layer formed late in the evening during the moonrise. Long exposure. 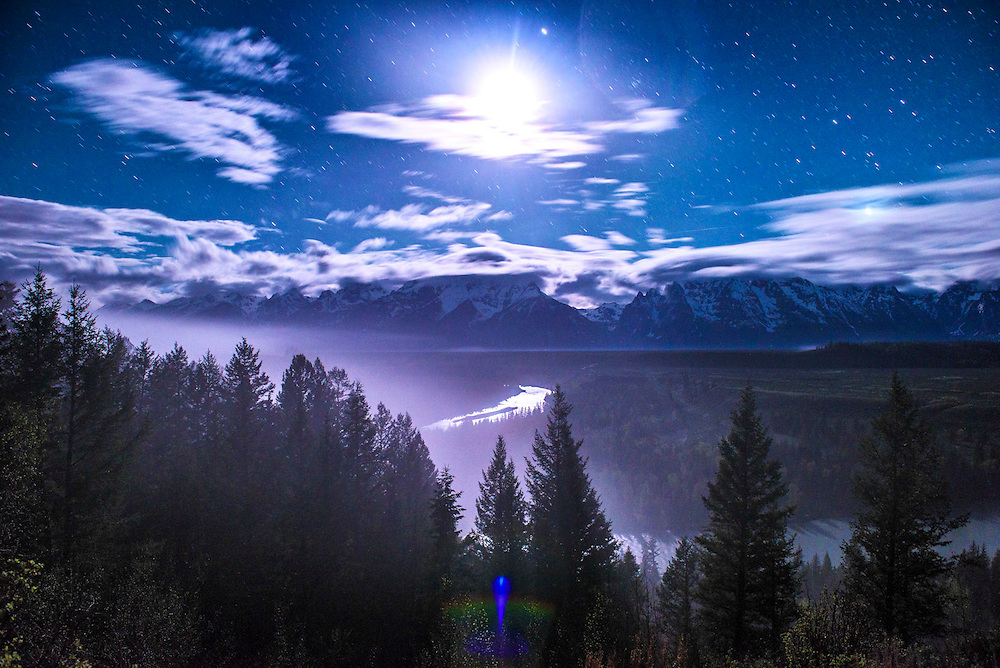